The following pictures are from Dr. Ben Clayburgh’s (’45)  days at Beta Theta Pi while he acquired his undergraduate and medical doctor degrees.  (click on photos to enlarge) 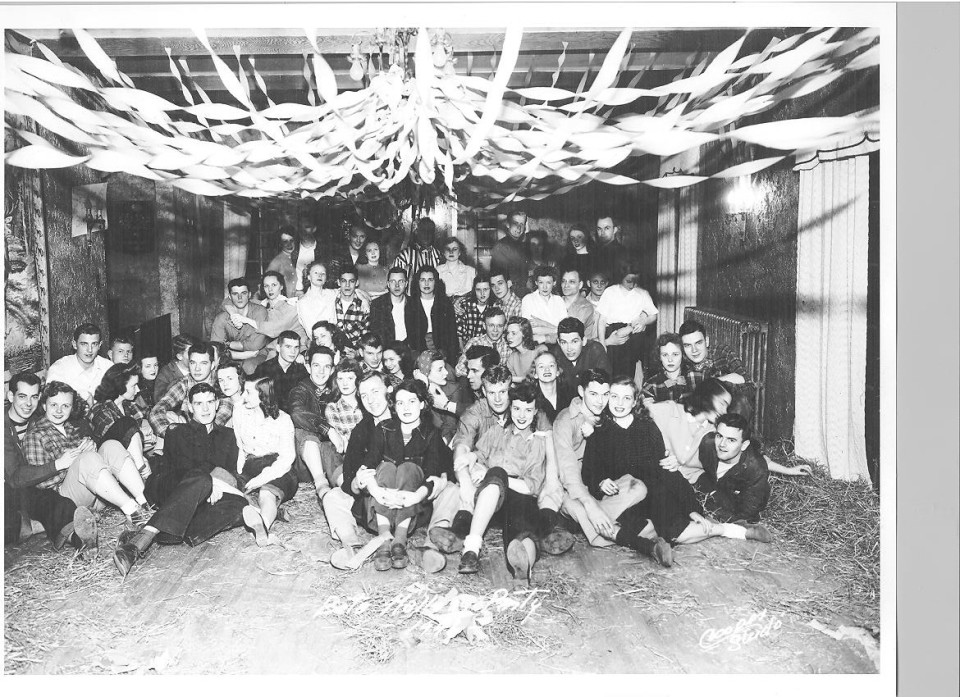 This picture was taken at a Halloween party in 1946. Dr. Clayburgh can be seen wearing glasses and a necktie seated in the third row, center right with his future wife Mina Tennison. (’45)  Mina is originally from Petersburg, North Dakota. 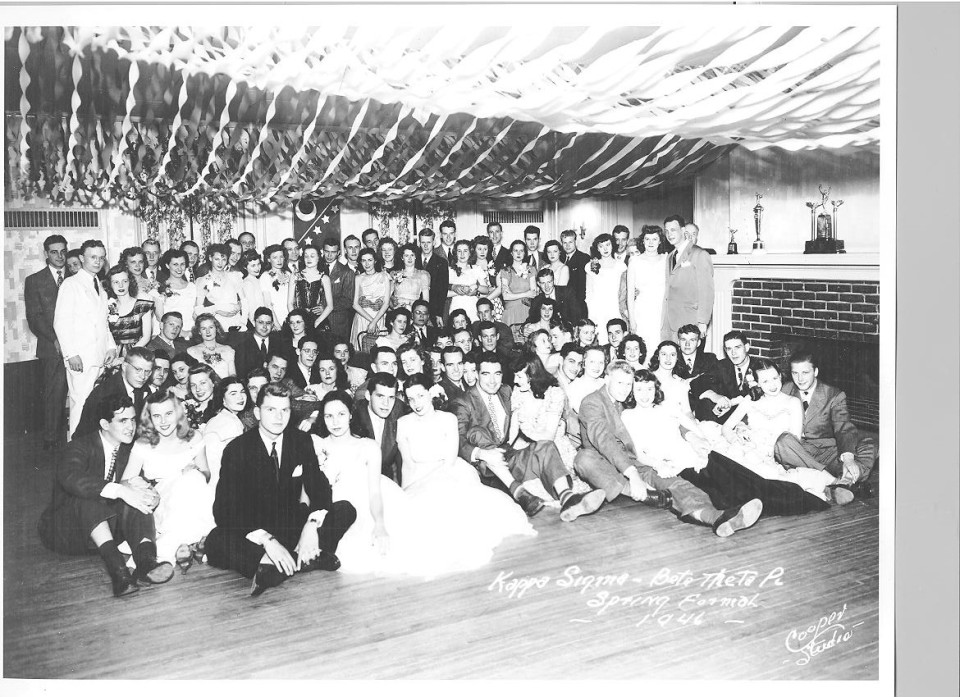 This photo was taken at a joint formal between Beta Theta Pi and Kappa Sigma. Dr. Clayburgh can be found on the far left in a white suit with his future wife Mina. 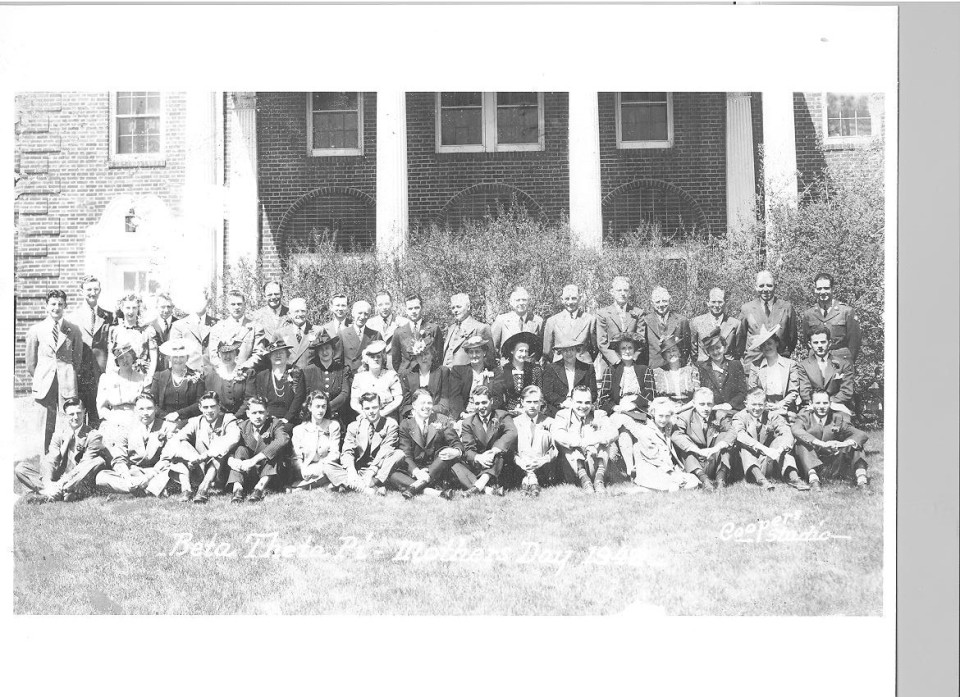 This photo was taken at Beta’s Mother’s Day formal in 1942. Dr. Clayburgh is seated second from the left. Behind him is his mother Mrs. Anna Clayburgh and behind her is his father Mr. Marcus Clayburgh. This photo has been restored after it spent two weeks under water during the flood of 1997 in Grand Forks.

First we would like to thank Riley McAdaragh’s Father for getting us 2 beautiful new tables and chairs for our dining room.

Housing Corporation
The Gamma Kappa Housing Corporation has recently been created and is working to acquire possession of the Chapter house. The housing corporation is made up of 4 Alumni and 2 Active members, and meets on a monthly basis. We currently are working to buy back the house in June and will have more about that in your mailboxes soon and an update next month.